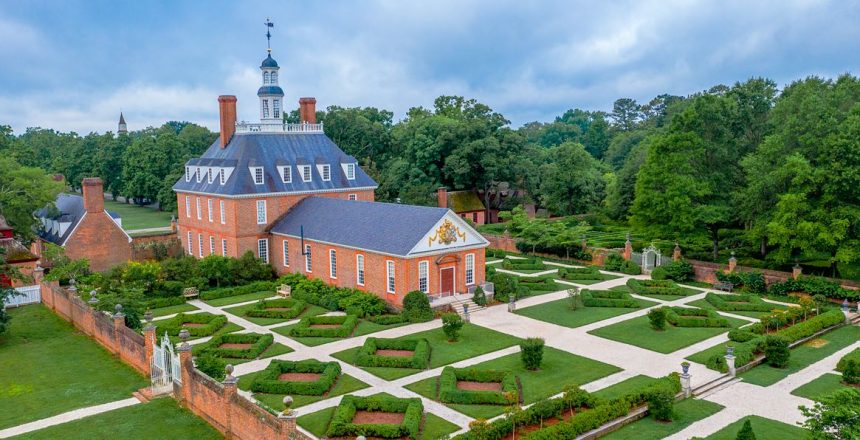 One of the nicest things about hiring a private car for a special trip focused on history is that you will not be rushed. You might even notice something interesting and ask to backtrack a bit. A small party with a private vehicle has the power to linger over details.

Visit Where it All Started

The city of Williamsburg is the home the Jamestown settlement, which was settled just a century after Ponce de Leon landed in Puerto Rico and attempted to colonize the island. The history buffs in your party would love a tour down Colonial Parkway, a visit to the Ambler Mansion Ruins, and a stroll along the James River to Historic Jamestowne. There is also an archaeology museum in the area.

The Jamestowne settlement is actually the first surviving settlement of English immigrants in what is now the United States, and they suffered a rough start. After hanging on for three years, they were aided by more settlers and fresh supplies in 1610. However, they soon thrived and Jamestowne was the capital of the colony until 1699 when it was moved to Williamsburg.

The first of your historical tours of Colonial Williamsburg should likely start at the Governor’s Palace. As Williamsburg was the capital of the Virginia Colony for several years, it’s important to remember that they needed somewhere nice for the British leaders of the region to stay. However, the space also transitioned to serve as home to the first two elected rulers as well.

In this same area, make sure you enjoy a tour of the Peyton Randolph House, a former majestic home of a local leader. The Colonial Williamsburg Courthouse will also offer many points of interest, including a bell tower.

The Art Museums of Colonial Williamsburg offer the chance to study the decorative arts of the region, the individuals who led the city through revolution and into independence, and the wide variety of citizens who made their homes in Williamsburg.

Many of the homes on the Colonial Williamsburg historical tours offer a look into a time in history when folks used their artistic skills to turn ordinary items into works of art that can be passed down through the generations.

Consider planning a stop at the DeWitt Wallace Decorative Arts Museum, where pieces used in religious services throughout the history of Williamsburg can be studied and enjoyed. The Kiddush Cup, wrought in silver, is just such as artifact to be studied as it was revered and utilized around the time of the American Revolution.

If you have always wanted to do a ghost tour but prefer not to walk after dark, schedule a slow driving tour of

You can be entertained and a bit frightened without getting cold and stumbling around in the dark. If you want a ghost tour, do it in style. Make sure you also study up on the Civil War, as the Fort Magruder Hotel should be on your list as a spot to get a visit from a Confederate soldier after hours.

Check Out the College

Finally, don’t miss a driving tour of the campus of William and Mary. With a private car, you can get dropped off on Dawson Circle and take a leisurely stroll past Blow Memorial Hall all the way to Ewell and get picked up on Jamestown Road. If you are not able to take a long stroll or if the weather is unpleasant, you can still enjoy a lovely tour down James Blair Drive.

While planning your private tour of historical Williamsburg, the benefits of having a private vehicle and a driver will become obvious. The city, nestled between the York River and the James River, is lovely to look at but not terribly easy to navigate, especially when studying directions on a north/south axis. Having a driver will reduce your stress and increase your enjoyment.